Celia is also a singer/songwriter.

It’s that time of year again when I’m called to do some judging for short story competitions. Major and not so major.  Sifting judge, main judge. I like the challenge of both. Time consuming certainly and occasionally, to be perfectly honest, hard, hard work but when there’s a story that just hits you in the eye, and you can’t see any other touching it, that’s when it’s pure magic. As a sifting judge you hope that story makes it right to the top; that the main judge sees what you see. As a main judge you make sure it does.

Songs have filled my head recently.  Of misplaced people, of loyal dogs, of love and loss, and the lure of gold in the Gold Rush days.  On that front, I now have a song complete, in lyrics at least, and spinning around a few tunes and styles. Soon, maybe I’ll  be putting down a demo of it. Oh I like doing that.

Wrote a religious piece,  ‘Mass of the Northern Lands’ which is being sung quite a bit locally which I’m delighted about.  It’s not my first foray –written lots of hymns but this was something entirely new and using a music software programme, learning how to do it (and still learning) is a revelation. Like a foreign language.  You know, there’s something very humbling about being surrounded by people who have enough faith in your music to want to sing it. I feel thankful every time. It doesn’t go away.

Completed my first serial for Women’s Weekly which was a fascinating process, I have to say and most enjoyable. Waiting to hear about a second one. It’s a shocker that there’s this issue with rights though and I’m pulled in many directions. I stopped writing for them for a while  but having always loved contributing to the magazine my mother used to love I found myself wanting to get back to it. Twenty years is too long to turn away from it. Not sure what that says about me or what folk think. Not sure I care very much.  I’m done with sniffy people.

Waiting to hear about the current finished novel which is sitting with an agent and a publisher and very soon another so who knows? The time it takes.  Keeping on with the writing. That’s all a gal can do.

And of course my September Challenge for Cancer Research UK.  Exercising every day, trying to raise money, and having stated that I would also get back to some writing, every day too, and not about exercise, what am I doing? Writing about exercise.  And what do you know, enjoying every minute. No, don’t be daft, not the exercise, the writing.

My own little world.  It’s nothing to what’s going on the wider front. Sometimes my heart near fails when I think about the mess we’re all in and what we’ve shelled out to the next generations.

Latest from the Blog

More than pleased to find that I've been short listed in the annual Kelpies Prize a wonderful competition run by Floris Books in Edinburgh, which champions children's and young adults stories with a Scottish feel. Fingers and pretty much everything else very crossed that my novel Haunted Tide can make the final hurdle!  It's been long in the writing, actually, had many edits and rethinks but it's a story I really like and believe in. So obviously I'm delighted that somebody else really likes and believes in it too! Here are the other two shortlisters and what a pedigree!  Hannah Foley and Robin Scott-Elliot. Look them up on https://discoverkelpies.co.uk/2018/07/the-kelpies-prize-2018-shortlist-announced/ and you'll see what I'm up against! 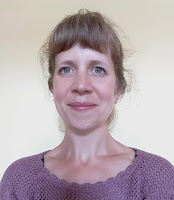 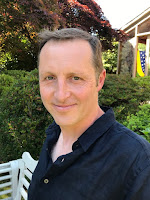 Whatever happens, I'm sure all three of us find it great that someone out there appreciates the work we do. Hard slog, that's what it is and it's nice to feature on a list! Anyway, it means a day trip up the road with my little band of supporters to meet another little band of supporters. If you're going to be at the Edinburgh International Book Festival and you've got space in your schedule, the award ceremony takes place at The Party Pavilion at 7.30pm.  Can't wait! Thanks for stopping by and reading my exciting news!

Celia Bryce @celiabryce15 Jan
@flaming_nora Apparently more than the British civilian deaths for the whole of WW2. Not sure I can believe that. C… https://t.co/cT1zt6WM0D